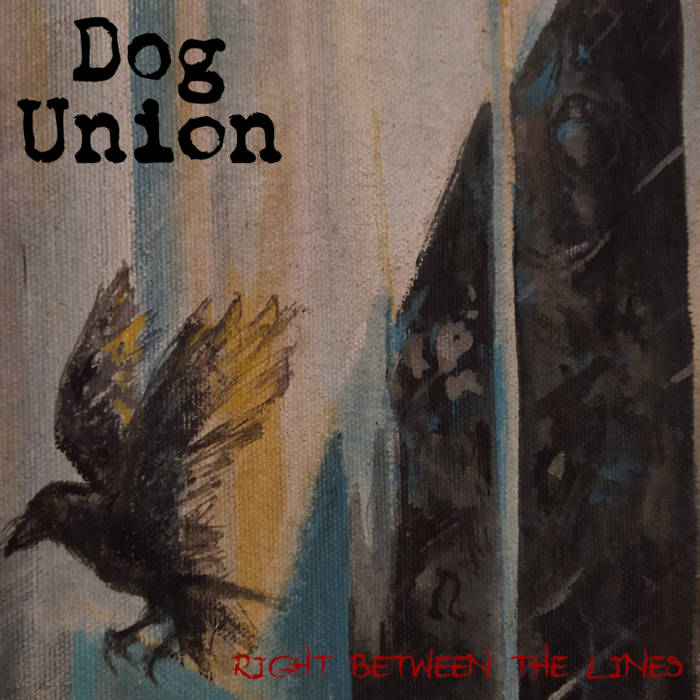 This is a review for the new LP of this Anglo-Mexican band based in GDL, Mx.

An honest opinion from a group that I have been listening to, following and documenting visually for 5-6 years on this Rockphoto.mx site.

First, we must highlight the EXCELLENT production of master Aldo Muñoz, who, as is his custom, polished a sonic jewel and took DU to the next level. His magic to get the best out of DU is noticeable throughout the album. I got to see him work in the studio while recording various songs on this album—it was a damn pleasure.

Let’s talk about the album.

Warning: here is the blunt truth of what I thought when I listened to this entire album.

That day I took the time to make notes about each song, the good, the bad, the ugly, everything I thought about and the album transmitted to me and that is what I transcribe here today for each song.

There are three zones on this disk.

First (Z1) – What we already know that DU can do. What we expect from them, what will make us shake our heads every time we see them live, the part that has made DU one of the best national hard rock options, the riffs, the punch and the raspy voice.

Second (Z2) – Things that I don’t understand why are on the album (I honestly told them). Well, knowing them, yeah, I understand where that comes from, I just do not like it in its entirety—it does not convince me as a whole in the time and space of this LP, songs that belong to another album, to another Dog Union of a parallel dimension with influences of NU metal. That said, there are certain passages and combinations in these tracks that are VERY good, separate, not as a whole in this package.

Third (Z3) – The part of DU that went beyond what I expected as a fan. Here they revolutionized their riffs, they took risks, they experimented and they triumphed. Which shows us what’s next (I hope) and gives us an insight into the new things this great Power Trio can do.

This part includes 3 tracks + and certain passages / moments from the previous zone.

Another thing – you have to listen to it in the correct order, it is imperative to enjoy it as the artist conceived it – auditory romanticism? you decide: for me it is important to do so in order to understand the sum of this work. (Spotify is NOT in the right order, Bandcamp is… below list is)

Buried Again – (Z1) Fantastic. Relaxed, I love the vibes and rhythm (“pace”) of this song. They leave room to breathe. The VOICE is wonderful. It has a solo. I wish there were more. This song is the one that grows on you every time you listen to it.

Your Cage – (Z1) More “Monster Riffs” from Angel, more good groove from Cesar and Rob, more raspy voice. The chorus is a beauty (the double bass drum and the “ring” of the ride… nice), a strong outro and DU showing what they do well, doing it better.

IYF – (Z2). The first thing I thought, in the words of the great Torben Ulrich “delete that”. This ground is in zone 2, it has a good moment at minute 2:26 – 3:36. Yes, the lyrics are very personal to ROB, but I don’t like that main Riff. Sorry friends. Next… if they play it live, it will be when I take the opportunity to go for a beer.

Broken Bones – (Z3) Speechless. The first time I heard it I was left with what the fuck with DU? What is this? It’s GREAT… this just left me wanting more. It blew my mind.

The lyrics, damn it… and he didn’t know who it was dedicated to at the time.

The guitar is a delight, fucking Angel, don’t waste your time in Zone 2.

Minute 3:11 DEMONS!! Thanks Dog Union for this. The songs in Zone 1 I expected, this is a damn gift.

Jump Inside – (Z3) That intro has no limits- Drums, guitar, bass… pure headbanging. Minute 1:28— really? They did it again, they surprised. This song exemplifies what I was saying about where I see DU can go, one step ahead. Bravo.

Listen on your best sound system.

Building Barriers (Z3). It is not a new song for those of us who know DU. But it’s probably DU’s most CLASSIC song. I love it, a personal favorite. That chorus is a killer live, a great HOOK, I repeat, my all-time favorite in the DU catalog. What makes it bigger is having put it in this place on the album.

These 3 tracks in consecutive order are my favorite part of the album. Again, what a great production job (Bravo Aldo once again).

Decay (Z2.5) – A song that confused me. I don’t like the Riff of the intro, which makes it a track that I could ignore. But no, since it has certain parts that fall in zone 3. The Riff at minute 1:58 and the entrance of the backing vocals at min 2:31 to 2:56… WOW, what a pleasant surprise. I’d like to hear more of that… backing vocals that then return towards the end. That is why it is between Z2 and 3. Good track on the whole.

FAKE – (Z2) It is something influenced 100% by Korn that’s not bad, it is really good if you put it on another album… but for me it doesn’t belong here. Note about the Riff at 2:24 min to 2:50… Fat sound! – I can imagine a stadium jumping to that beat / riff. Again, a DU in another parallel dimension.

So, having said all this— it’s a GREAT DISC… yes, 3 good songs (that is to say, very good), 3 EPIC songs, 2 good songs for the RNR and two that I don’t like. I wish that all the albums I’d bought in my life had this many good songs.